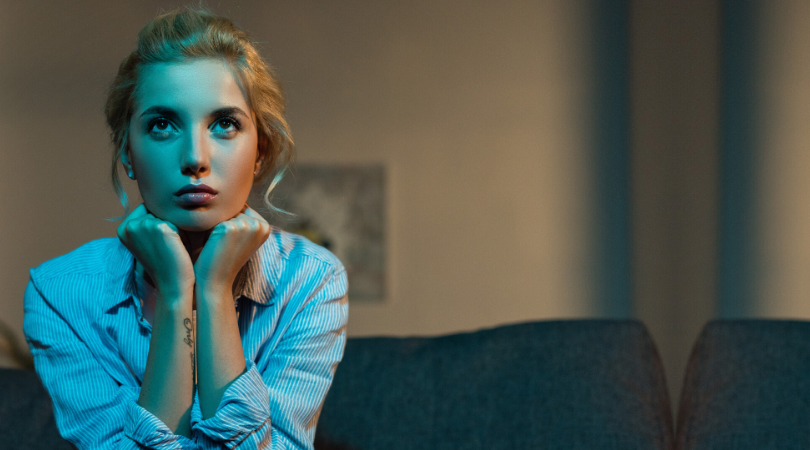 With more time at home, I’ve had the opportunity to watch a bit more TV in the evenings once the kiddos are in bed. But, I have also been super overwhelmed by all of the options. I am embarrassed to admit, but my normal go-to shows are trashy reality TV. But, I can only watch so many crazy dramatic, scripted reality shows before my brain feels like it’s going to rot.

So, I’ve decided to branch out and watch a new type of show… docuseries. And I have found my new favorite show genre. I am still getting reality, but now I am pairing it with research, true stories, and insight into the minds of others.

I put together a list of 10 docuseries on Netflix that have been entertaining, informative, and enjoyable! Check out then out below.

Maybe I am partial to this one because I’ve been raising babies the past few years. But, what I like most about this series is the research. As a new mom, I am constantly bombarded with information related to parenting. A lot of the information I come across is inaccurate, purely anecdotal, and unsupported. I really appreciated the thorough, ethical, and scientific research presented in Babies. This series touches on important topics parents are always curious about, like sleeping, crawling, bonding, eating. We’ve come a long way in recent years, but there is still so much we don’t know about babies.

I Am a Killer

Each episode of this series interviews a person in prison for killing someone. In the. interviews, each convicted killer discusses their past, what motivated them to commit the murder, and how they are processing their actions now. Each person had a very unique story. I found it really interesting to look at each person’s individual situation. It is pretty fascinating how much their childhood impacted their ability to make good decisions and to function in the world as an adult.

Ok, I will warn you…this show is such a hot mess. It’s a train wreck you can’t stop watching. It might be the one thing right now, that seems more outrageous than what is actually happening in the world today. Basically, Tiger King discusses the life of big cat collectors, specifically Joe Exotic, a tiger breeder who kept a “zoo” in Oklahoma. At first, you think they are only discussing road-side zoos, but there are many twists along the way. Tiger King is your go-to if you are looking for lots of drama. And I mean a ton of drama.

This docuseries pleasantly surprised me. Dan, a pharmacist in Louisiana, works tirelessly to identify his son’s killer. While investigating his son’s death, he discovers a deep and devastating opioid crisis in his hometown. His knowledge, his personal connection to the opioid crisis, and his good samaritan attitude bring to light the tragic effects of the opioid crisis nationwide. The level of commitment Dan puts into making the world a better place is incredible, and the effects are interesting.

Killer Inside: The Mind of Aaron Hernandez

If you asked me who Aaron Hernandez was prior to watching this series, I would have mentioned that he was some sort of football player for the Patriots. But, this docuseries goes into detail about Aaron’s childhood, how he rose to fame in the NFL and the murder conviction that brought all of his success to an immediate halt.

Internet sleuths take on the challenge of finding a man who posted a video torturing two kittens to death. Their search takes them all over the world, as they use clues from the perpetrator’s videos to track him down. This documentary is dark. It opened my eyes to what kind of creeps and criminals are out there lurking on the internet. It even made me much more careful of what I post online so that I can maintain privacy.

How to Fix a Drug Scandal

The process of evaluating evidence by drug labs in the US is sacred and crucial for the judicial system. When two drug lab chemists start tampering with evidence and crossing ethical lines, they jeopardize the integrity of the judicial system. The series brings to light the lack of regulation and the amount of power given to the chemists, which is disheartening, especially when the livelihood of others is on the line.

I loved this show. It was a perfect humorous, light-hearted series to watch while getting stuff done around the house I.e. folding laundry. One hundred humans from diverse backgrounds participate in a number of different experiments exploring happiness, attractiveness, age, and more. Some topics were fun and entertaining, while others were more serious. I appreciated the very simplistic ways of executing and evaluating these experiments.

The Trials of Gabriel Fernandez

This series was the hardest one for me to watch. I actually put off watching it for a period of time because I knew it would be dark. Being a parent, made this series even more meaningful. Gabriel is a little boy, from Los Angeles County, who died while in the custody of his mother and her boyfriend. This series documents the trials of his guardians, the torture he endured while alive, and the events leading up to his death. Seeing how so many people failed Gabriel is gut-wrenching. Watching this series opened my eyes to the cracks in the system that often fail children. Be prepared, this is a very emotionally draining series to watch. But so important for us to know why things like this happen.

This disturbing docuseries goes into the problems affecting the supply chain of various food industries. Each eye-opening episode brings to light unethical practices, complicated regulations, and the consequences of greed. Since watching this series, I have become more aware of the products I buy and I have made a more conscious effort to invest in companies that are practicing ethical and sustainable practices.

There you go! There is a little bit of everything for everyone. Do you have a favorite docuseries on Netflix that you’ve enjoyed that’s not on this list?

91 thoughts on “10 Binge-Worthy Docuseries on Netflix”