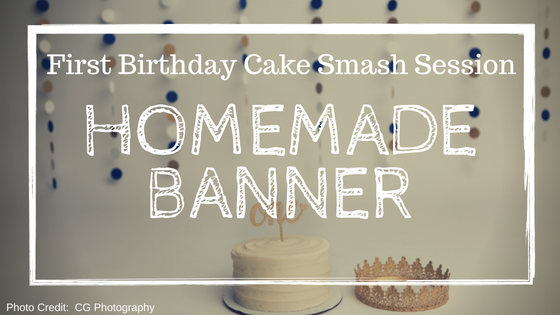 This year, we wanted to celebrate Chulengo’s first birthday in a special way.  Unfortunately, we planned to be out of town for Chulengo’s birthday, so we didn’t throw a party here at home.  Instead, we opted to do a cake smash session for him.  He had never had cake before, and I thought it would be fun to document his first cake experience.

As I started looking for photographers, I realized there were endless options from which to choose.  But, it all came with a price.  One company provided the cake, the outfit, the decor, the photography, the finished photo book, the whole shebang — for a couple of thousand dollars!  I almost threw up when I got the quote.  Another company was $150, but I would only receive five photos from the shoot, and I had to provide all props and decor.  Five photos felt like nothing, and if I were to order additional photos, they were $50 each.  It didn’t make financial sense to choose this photographer.

So, after researching for many days I found, Chaya, the perfect photographer for Chulengo’s smash cake.  Chaya, from CG Photography, was a godsend.  After speaking with her on the phone and seeing her portfolio online, I was confident in choosing her.  She agreed to provide us with dozens of excellent photos, in a relaxed atmosphere, at a reasonable cost.  She was willing to provide decor, cake, and outfits for a small fee, which I declined.

I already had my eye on a bakery in our neighborhood to order the cake.  I also saw a couple of outfit ideas on Etsy that I wanted to choose.    We have always referred to Chulengo as our little king.  So, I purchased a crown for him to wear.  The Etsy shop I purchased it from has since closed, but here are some other shops that have similar crowns: twolovesonline, RavenBoutiqueLLC, and AvalonSunshine.

I also found a gold and white polka dotted bow tie and a navy diaper cover.

When it came to decor, I was a little overwhelmed initially.  Chaya and I had discussed using just balloons in the background to keep it simple.  But, I knew Chulengo would go straight for the balloons and ignore the cake and photographer completely.

If you know me, I am always willing to get a little creative.  You could say I am crafty.  When I have time, I find crafty tasks very therapeutic.  I dream of someday having a craft room in our home where I can get creative and have all my supplies meticulously organized and easy to access.  Sometimes, my crafty adventures turn out to be great. Other times, my projects are embarrassingly terrible.  But, I opted to come up with the decor on my own.

After scouring Pinterest, I found a couple of ideas that got my creative juices flowing.  I wanted just a simple banner in the background — nothing else.  No balloons.  No signs.  No pom poms.  Nothing but a banner.  I didn’t want a cluttered background to take away from Chulengo.  I wanted Chulengo to be the primary focus of the photos.  I also didn’t want numbers or letters in the background because that was more work for the photographer.  She would have to try to get the background perfectly lined up and in focus for each photo.  I really just wanted her to spend her energy focusing on Chulengo instead.

I already had a circle punch and glue gun at home in my craft box.  There are different types of circle punches, but I found this one to be the easiest to use. 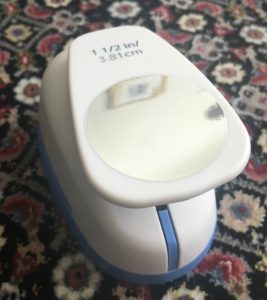 Chulengo and I went to Michael’s craft store to get the supplies that I did not have at home.  I picked up cardstock in gold, white, and navy blue to match his outfit.  I unsuccessfully searched for some fishing line but eventually found some on Amazon.

The next day, I spent Chulengo’s naptime cutting the fishing line into 3.5-foot pieces.  Then using the circle punch, I cut many circles out of the cardstock paper.  Can I say that I loved this mundane task, haha!  I watched Gossip Girl and punched circles for a couple of hours.  So relaxing!  I cut about 200 circles for each color of cardstock. 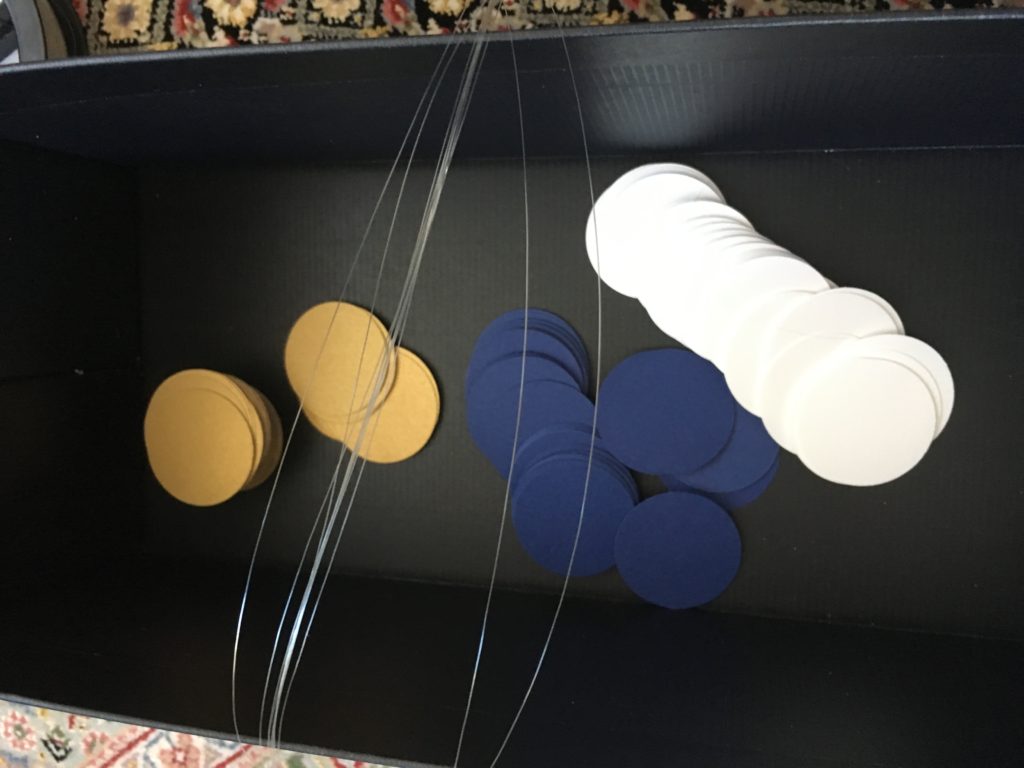 Next, I lined up the circles, in an alternating pattern.   I put approximately 20 circles on each line.  Some lines had as few as 18 while others had as many as 25.  Using my glue gun, I attached the cut-outs to the fishing line by placing two dots on each end of the circle.  I tried to use as little glue as possible, knowing that hanging the banners vertically for the photo shoot would expose the backside.   I wanted the backside of the banners to look clean.   My goal was to have 10-15 lines hanging vertically behind the cake session.  I did all of my work on a cardboard box to avoid ruining our dining table.  I also let each line dry for at least 5 minutes before moving it from the table. 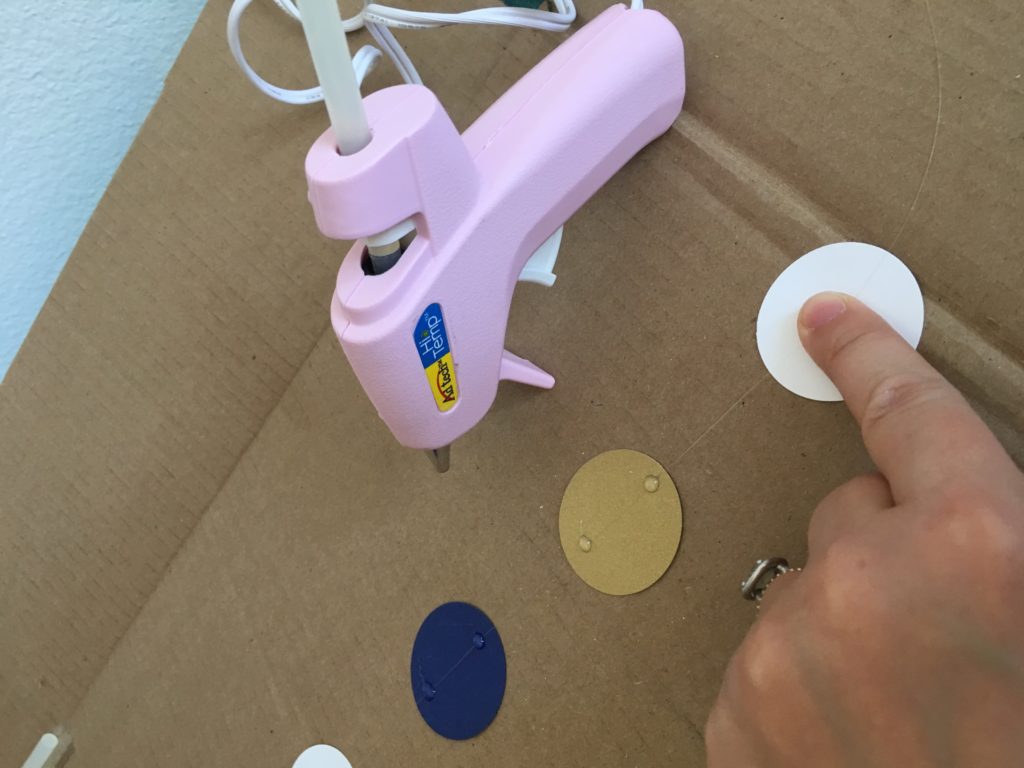 Each day, while Chulengo napped, I would try to complete as many banners as possible.  Over the course of the week, I was able to make 15 banners.  In total, I spent less than $10 total because I had a majority of the supplies at home already.  If I were to purchase the 15 banners I made from an Etsy shop, I would have easily spent over $100.

When Chaya put the banners up for the photo shoot, I was in love.  The background was simple, yet fun.  I love to look at the photos from his cake smash session and see a piece of my own work in each shot.

I will probably make these banners again for party decor in the future.  Since I already had the circle punch and the glue gun, I only had to buy the paper and fishing line.  And 500 yards of fishing line is probably going to go a long way.  So next time, I can make this banner for less than $5, depending on the paper I use.  Check out my final product below: 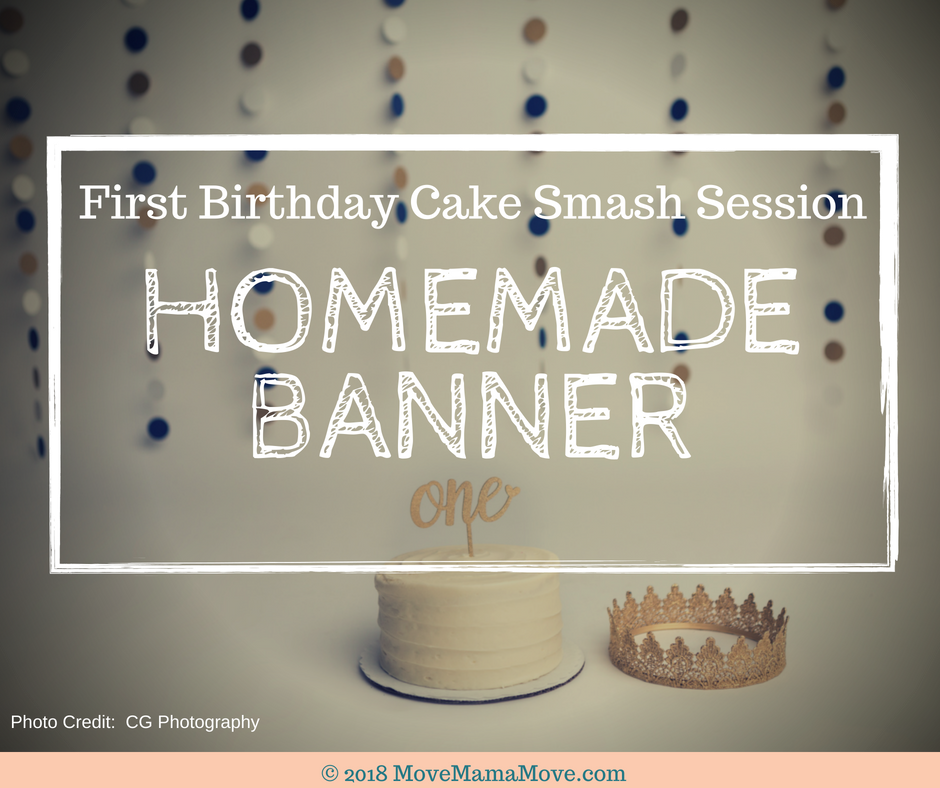 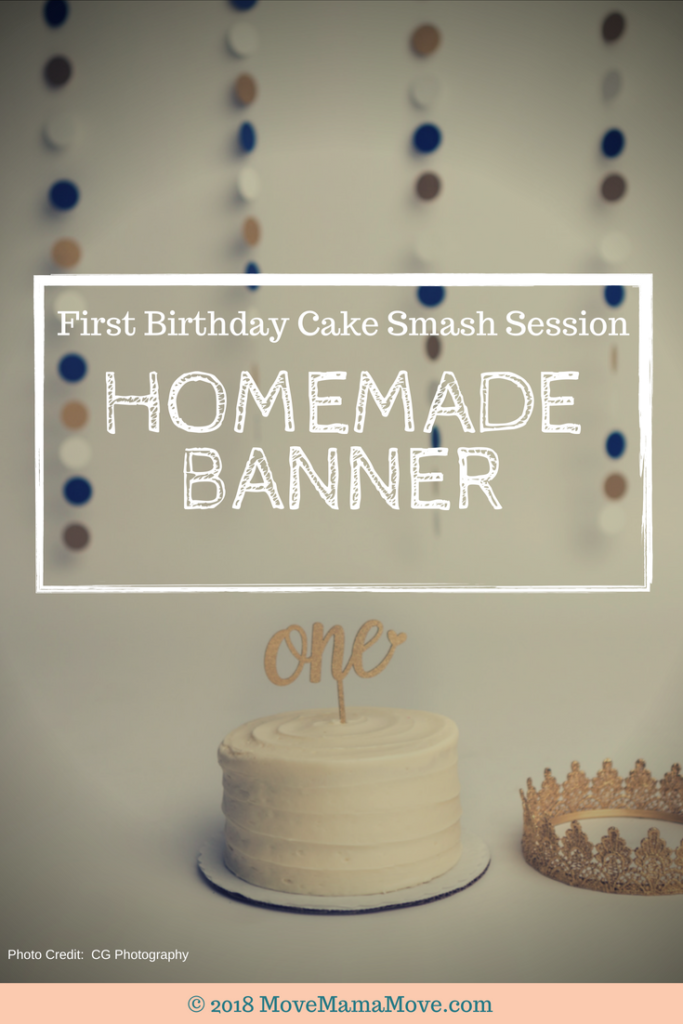