A Weekend in Yosemite, with a Toddler 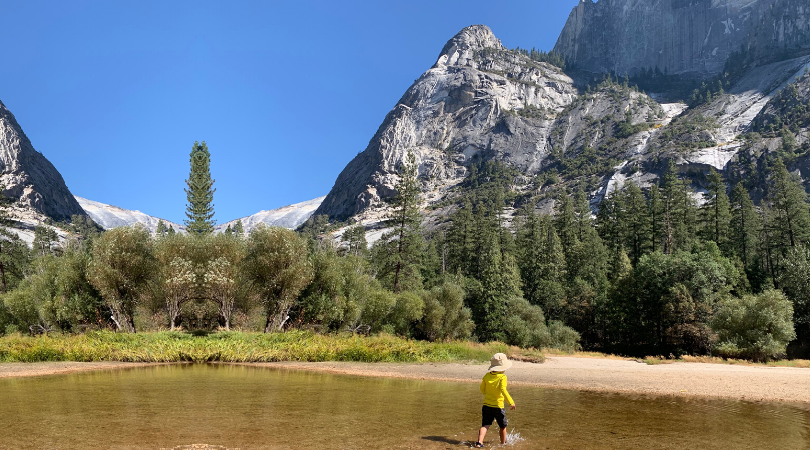 As Chulengo has gotten into his toddler years, we have found that traveling far from home can often be exhausting. Finding a destination that will entertain him while also allowing us to relax a bit is quite challenging. But this past fall, we discovered that Yosemite was a perfect destination for all of us.

This past fall, we spent two nights and three days in Yosemite. It was the perfect length of time for us to see great sights, entertain Chulengo, and get away from the everyday hustle of life.

I preferred this vacation over my typical favorite vacation at the beach because I wasn’t freaking out daily about water safety near the pool or ocean with a toddler.

In the past, when my husband and I have gone to Yosemite, we picked hikes and sights that were day-long excursions, quite difficult to complete, and sometimes dangerous. This time around, with Chulengo in tow, we had different plans. We were able to plan activities with our toddler that were not only safe but entertaining for us all.

When staying in Yosemite, we chose to stay at the Lodge in Yosemite Village. The lodge was a perfect fit when traveling with a toddler. We were centrally located in the park, where we could get to major attractions relatively quickly. Dining options were nearby, which made mealtime more convenient. Also, we preferred a hotel-style stay, compared to camping in a tent. H four solid walls and a door with a lock made us feel more secure with Chulengo. We could watch the wildlife pass by our patio in the mornings and evenings, which was great entertainment for Chulengo. He still talks about the three deer grazing near our patio.

There are many options for lodging while visiting Yosemite. Check out lodging options HERE!

Because we were arriving in Yosemite from the south side, this was the perfect activity to kick off our vacation. The railroad site is just 10 minutes from the southern entrance of Yosemite.

At the railroad , we could visit the museum, pan for gold, ride a real steam engine train, grab a bite to eat, and visit the souvenir shop. Our favorite activity was riding the steam engine train. Chulengo was pretty excited about the train, although he did get scared of the loud train whistle. So, we opted to sit in the back of the train where it wasn’t quite so loud.

The train ride lasted about an hour, with a stop midway to get out and explore part of the nearby forest and creek. The conductors were very friendly and offered to let us take a picture inside the engine. Chulengo was too nervous to take advantage of that opportunity. During the train ride, a train engineer gave a detailed history of the forest and described the role that the steam engine train played in history, which I found very interesting.

I do recommend making reservations online ahead of time, just in case you arrive on a busy day. You can make reservations HERE!

Also found near the southern part of Yosemite, Mariposa Grove was a perfect hike for Chulengo. Two toddler-friendly hiking loops are available. One, the Big Trees Loop (0.3 miles), and another the Grizzly Giant Loop Trail (2.0 miles). The longer loop, which we chose, was definitely doable with a toddler and a jogging stroller. The first half of the hike is on an elevated walkway with side rails, which gave Chulengo the freedom to run. The rest of the hike was a dirt path that we could easily navigate with our jogging stroller.

Chulengo was fascinated by the giant trees, which happen to be the largest living organisms on the planet. His favorite tree was definitely the tunnel tree, which he ran through many times.

You can find all the details you need on Mariposa Grove, including more tips and a map, HERE!

Indian Village of the Ahwahnee

One hidden gem in Yosemite Valley was the Indian Village, located next to the Valley Visitor Center. In this village, modeled after the real village of the Ahwahnee. We were able to get a close look at different structures, including the Chief’s house and the Sweathouse.

This was the first time Chulengo had the opportunity to experience the Native American culture, and he was intrigued by the structures and layout of the village. We were able to spend one morning, exploring the different structures inside and out.

More details on the Indian Village of the Ahwahnee and the Yosemite Museum can be found HERE!

Now, I will say that I have only seen Mirror Lake in the fall when there isn’t as much water as springtime. But a two-mile round trip walk to Mirror Lake and back was perfect for vacationing with our toddler. The path to Mirror Lake from the shuttle stop is paved and with only a couple small hills here and there. There are also two bathrooms along the path, which makes a pregnant mama with a recently potty-trained toddler very happy! We pushed Chulengo in our jogging stroller, which made it easy to navigate the terrain near the lake.

In the fall, the water in the lake recedes quite a bit, which made it more enjoyable for us. We found a little lagoon-like spot where Chulengo could splash around safely. The water was calm, clean, and shallow. He had a blast for a couple of hours, picking up rocks and throwing them into the water, chasing floating sticks, and splashing mom and dad.

We were able to sit on our outdoor blanket on the shore and watch and engage with him. The mountains in the background were breathtaking. The breeze was comfortable. This was relaxing for us, but a great way for Chulengo to burn off some energy. This was by far my favorite activity with Chulengo while in Yosemite.

While we would love to have stayed at the Ahwahnee hotel, our current lifestyle doesn’t make the cost worth it. But, we did spend a morning hiking the trails behind the hotel, which were beautiful, flat, and scenic. The perfect combination to keep mom, dad, and Chulengo happy. Chulengo was able to run and burn off energy, which is always a priority to maintain our sanity when we are traveling with him. We enjoyed a game of tag where they were setting up for a wedding ceremony with the mountains in the background.

We also came across a nearby bank on the Merced River, where the water was , clear, and very shallow. We saw some wildlife, like ducks and fish. Chulengo again got to throw rocks in the water, which we have come to find out is one of his favorite past times when near water, lol.

We quickly realized that this was one of Chulengo’s favorite activities. This was his first time riding a bus without having to be strapped in the stroller or sitting on our laps. So the novelty of riding the bus like other passengers was pretty exciting for him. Thankfully, we had a shuttle stop right outside of our room at the lodge, so we were able to get on and off the shuttle pretty efficiently.

We used the shuttle as our primary mode of transportation during our stay in Yosemite. We were able to store our folded up jogging stroller near the front, which made it convenient for us to bounce from stop to stop and explore.

We probably could have spent a whole day riding the shuttle from stop to stop, and Chulengo would have been very satisfied. He was so mesmerized by the shuttle rides. I forget how something new for a toddler can be so exciting and entertaining. The eco-friendly shuttle is complimentary, which is a nice perk to cut down on travel costs!

To find a map of the shuttle stops and route, click HERE!

Bike Riding Along the Yosemite Valley

We originally planned to do this during our trip. But unfortunately, we were not able to squeeze it in. If we had one more day in Yosemite, it would have been the perfect activity to include. Bike rentals with wagons for kiddos were easy to come by. Next time we head to Yosemite, this will be at the top of our to-do list.

Dining Options in the Valley

While staying in Yosemite Village, we realized there are several dining options. But it was important to know that many of the dining locations closed at 6 pm. We didn’t always plan ahead and often had to find a last-minute meal after 6 pm.

For breakfast, our go-to was the Yosemite Valley Lodge Food Court. Food is served cafeteria-style, and there were many options. We could choose anything from oatmeal to eggs to french toast to yogurt. We were able to pick our table out after ordering food either at a kiosk or a register.

For lunch, our go-to was packing lunches for the day and taking them with us. The Village Store was a perfect stop for us to pick up groceries, like fresh fruit, pre-made sandwiches, and snacks to pack our lunch picnics.

For dinner, we liked going to Loft at Degnen’s, to pick up yummy BBQ. We ordered food at the bar, and it was delivered to our table. They stay open until 8 pm, which made it easier if we were running behind after our daily activities. We were sad that it is no longer a pizza joint, but the BBQ was pretty good. We also at dinner at the Yosemite Valley Lodge Food Court, but we enjoyed the dining experience at Denegan’s Loft better.

To see all dining options, hours, and locations click HERE!

Looking for something a bit more adventurous? Check out this guide from Mountain IQ, and discover five of the most rewarding hikes in Yosemite.

Overall, traveling to Yosemite with a toddler was far more enjoyable than I ever imagined. Chulengo got to explore, and I became a master squirrel spotter while seeing the world through the eyes of a toddler. Unplugging from our day to day lives, our family was able to really see the beauty that the world has to offer. The sights were breathtaking, the air was fresh, and the memories will last a lifetime. Chulengo still talks about “Yo-sem-eh-knee”, regularly recalling the buck wandering near our patio, the shuttle bus he rode on, and steam engine train ride he enjoyed.

40 thoughts on “A Weekend in Yosemite, with a Toddler” 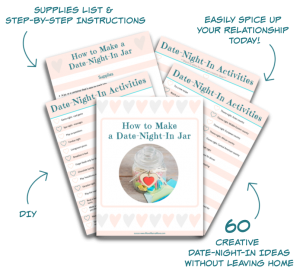 We use cookies to ensure that we give you the best experience on our website.Got it!